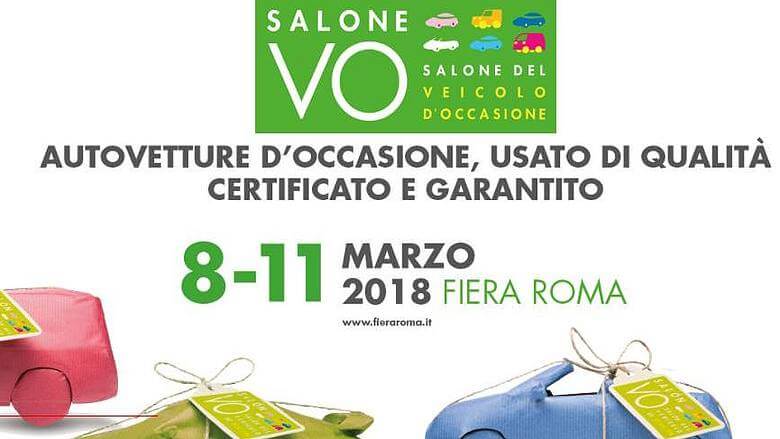 One thing to see in Rome between 8th and 11th March 2018 is the Salone del Veicolo d’Occasione, one of the biggest car fairs in the country, which every year attracts a large number of visitors coming from all the parts of the world.

Then again, the reputation that Italy enjoys is undisputed. World leader in the design and production of motor vehicles, it is without a shadow of doubt the sixth country in the world for inhabitants / vehicles ratio, with 566 units per 1000 inhabitants.

In addition to design, another reason why Italy, together with Spain, is one of the markets for the Italian Used Vehicle, is to be attributed to costs, among the most advantageous in Europe.

An event entirely dedicated to cars

The Used vehicle fair in Rome will take place inside Fiera Roma, ten pavilions without pillars, equipped with the most advanced technologies. These are connected to each other by a 6 meter high footbridge, which allows access to the pavilions from above. But why is this event so popular every year? Let’s see what makes it so special and why it has a large following among fans of the industry.

The great success of the Used vehicle fair in Rome

The enormous success that can be seen every year at the Salone del Veicolo d’Occasione in Rome is attributable to the fact that the profit margins in the used vehicle trade are much greater than those achieved in relation to that of new vehicles .

The event, therefore, stands as a fundamental moment for all fans and those that need to meet in a physical place. And what better place than an event capable of stimulating sales like the Rome used Vehicle Show?

Among other things, the choice of the city of Rome is also important. The capital, in fact, is located in a strategic geographical position, as a crossroads of an excellent road network that connects it to the rest of the country. All these factors make it the ideal venue for hosting the Used Vehicle Show.

Moreover, the high level of pollution that the city suffers exponentially year after year is a way of stimulating private individuals and institutions and to sensitize them with a view to modernizing existing fleets, moving to more modern vehicles with lower emission levels.

Simultaneously with the Used Vehicle fair in Rome, Motodays will be held, a motorbike and scooter show now in its tenth edition. Here there will be more than 400 exhibitors and 50 thousand square meters of indoor exhibition space, for what is considered one of the major events of the sector here in Italy.

I would say it’s a great opportunity to visit the Eternal City if you love two- and four-wheeled vehicles, don’t you think? And since you’re there, take a nice sightseeing tour in these unusual places

If you are passionate about cars, you cannot miss this fair. I hope you enjoyed the article. Continue to follow us to discover the most interesting events in Italy!

The women’s Museum in Merano

Are you planning a trip to our magnificent peninsula? Well, if you’re wondering what to visit in Italy this...

Trentino Alto Adige is an Italian region known for its unspoiled nature that characterizes most of its territories....