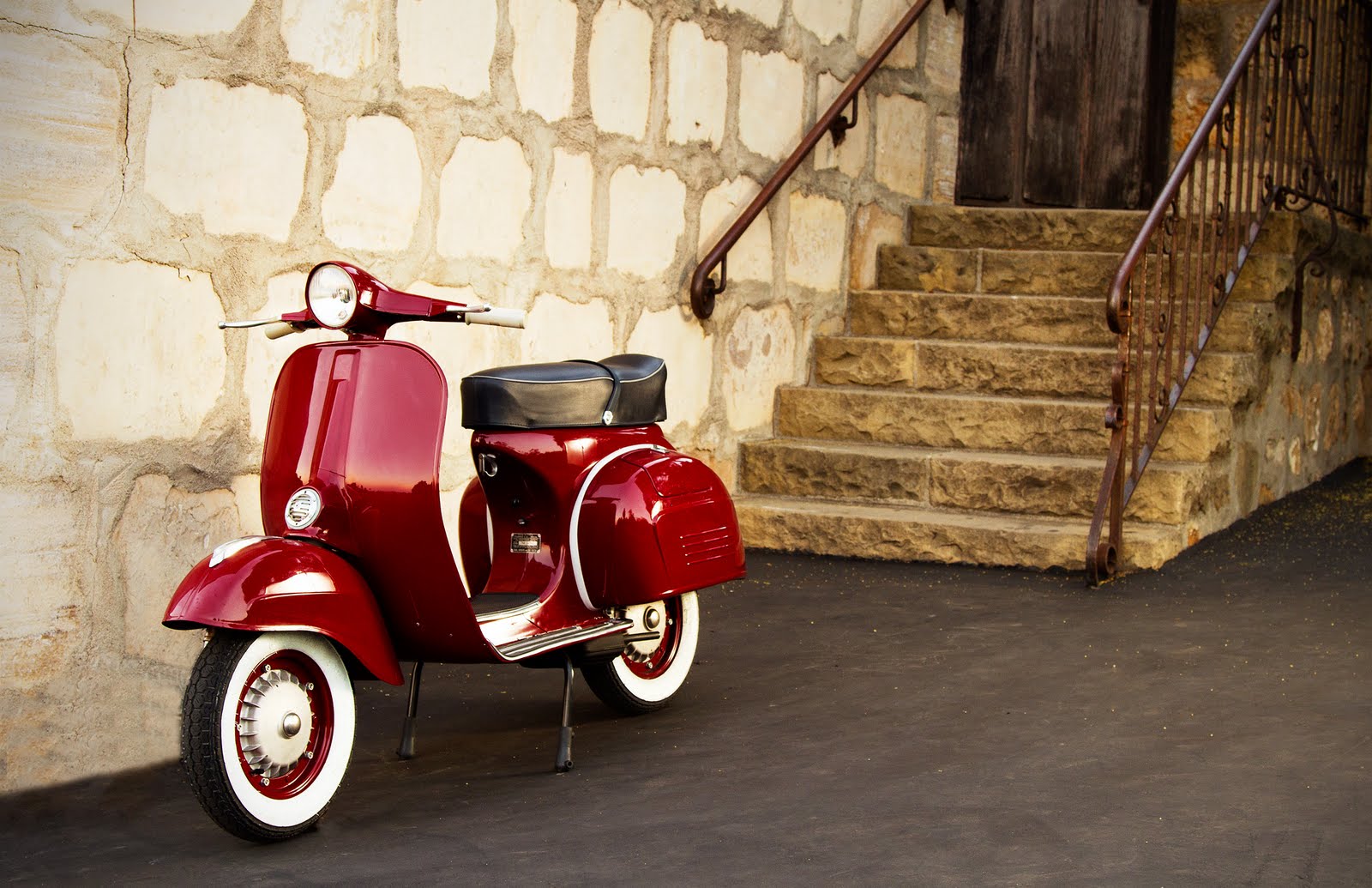 Famously starring in too many pictures to count, the Vespa scooter is one huge Italian icon, and for good reasons. This champion of industrial design was first produced in 1946, born out of the innovative concept of joining the affordability and simplicity of a motorbike with the comfort of a car.

The solution was to encase every mechanical part within a shell that provided protection from wind and drizzle, a large footrest that could double as a baggage rack, a second seat to carry a passenger, and a shield from the heat and grime of the gearworks – not to mention a hold where a spare tire could be stored. This design of course evolved with time but remains basically unchanged, proof of the ingenuity of its original author, aerospace engineer Corradino D’Ascanio.

Inexpensive and efficient, the Vespa (‘wasp’) scooter played an important role in Italian culture for generations, as it was the typical present parents gave to their sons and daughters when they graduated from junior high. In this sense, it has become a symbol of freedom and youth only slightly tarnished in recent years by the success of foreign scooter brands and a different attitude towards transportation in general. This notwithstanding, Vespa keeps being celebrated in popular culture with songs, movies and more – usually tinted with a drop of nostalgia for the carefree times of half a century ago.

Corinaldo, The longest walls of the region

The difference between Chianti Classico and Chianti

5 among the most beautiful roads to ride on a motorbike

A true rider is the one who loves speed, but also who loves to trace curves; to each  one of them an emotion and...

Butticé Moto a Raffadali, in the province of Agrigento, is a consolidated reality active in the preparation of...