A trip among the castles of Mantova 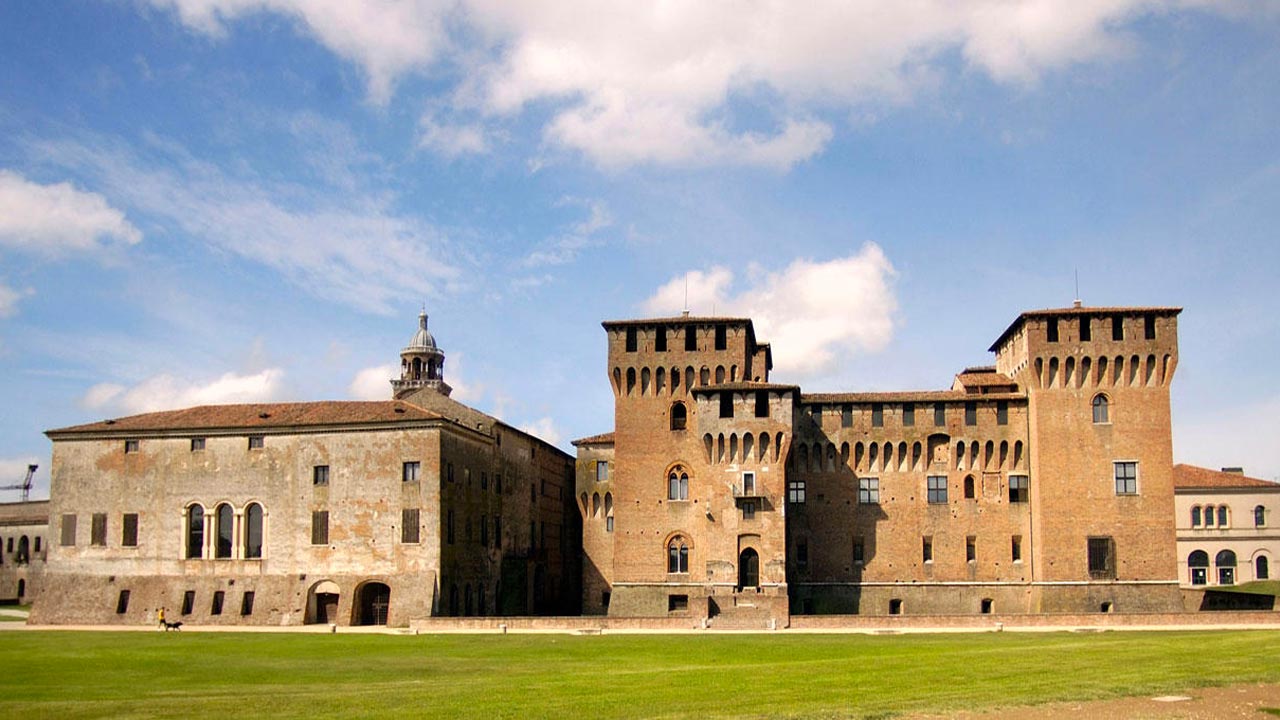 The city of Mantua and the surrounding area boasts a large number of castles, which bear witness to the historical and strategic importance that this region has had throughout history. Since Roman times the strategic position of the city saw the need to erect fortified buildings, these works were, over the centuries, followed by impressive structures created in the Middle Ages to defend against the raids of warring factions in the period of great contrast between the Papacy and the Holy Roman Empire, these then became a symbol of power of the noble families of the territory such as the Bonacolsi and the Gonzagas and left a deep impression on the Mantuan military architecture.

Once the defensive importance of the castles was no longer needed at the time of the “Italia delle Signorie” (IVX century), many of them were transformed into noble residences, and were enriched with elegant architectural structures, frescoes and rich furnishings. 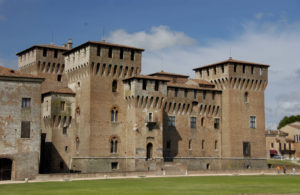 The Castle of San Giorgio, connected to the Reggia dei Gonzaga, in Mantua, is undoubtedly the most important of all the defensive buildings in the region.

Construction started in 1395, on the ruins of the Church of Santa Maria di Capo di Bove, and was finished in 1406 by Francesco I Gonzaga. The building, designed by Bartolino di Novara, stands out for its square layout, with four corner towers and three entry gates which open onto a moat with drawbridges. In 1459, the architect Luca Fancelli, commissioned by the Marquis Ludovico III Gonzaga, renovated the castle, transforming the building into a real noble residence. San Giorgio, in fact, was the residence of Isabella d’Este – one of the most famous women of the Italian Renaissance and wife of Francesco II Gonzaga. At that time the court of Isabella hosted many artists and writers, including Andrea Mantegna, Leonardo da Vinci, Perugino, Baldassarre Castiglioni and Ludovico Ariosto.

The subsequent Austrian military occupation (1815) transformed the building into a maximum security prison, and the repression unleashed by the Austrian governor following the independence movements of the Risorgimento led to the imprisonment of hundreds of Italian separatists in the castle.

Among them were the eleven patriots executed between 1852 and 1853, who went down in history as the “Martyrs of Belfiore” from the name of the neighboring town where they were executed.

The interiors of the castle were embellished over the centuries. Today we can see the fifteenth-century frescoes of the Sala dei Soli, transformed by the architect Giulio Romano and, among others, the Sala degli Affreschi, the Sala delle Sigle, Isabella’s wedding room, and the Sala degli Stemmi, which can be accessed thanks to a spiral staircase. In the Sala dello Zodiaco, moreover, there are still traces of the paintings by Giulio Romano, who also had the twelve coat of arms of the Sala delle Armi affixed. The Camera degli Sposi, also known as Camera Picta, is particularly noteworthy. It stands out for its beauty and elegance thanks to the work of Andrea Mantegna, who worked there for nine years, painting the wonderful fresco. 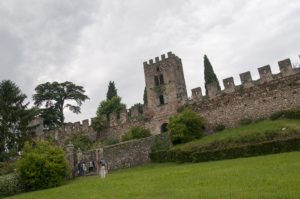 Castello di Castellaro Lagusello, a hamlet of Mozambano, is a fortress that dates back to the 13th century. The construction, built by the Scaligeri of Verona, preserves its original structure and the walls, built to defend the village. The castle had a strategic importance for a long time and was therefore disputed by opposing factions or families along the border line which also had a political importance. From the fourteenth to the fifteenth century it was owned several times by the Visconti and the Gonzagas, and then passed under the dominion of the Venetian Republic. 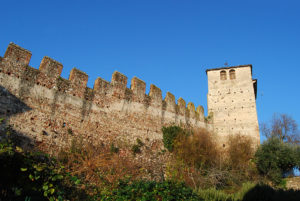 Also in Monzambano stands the castle of the same name, which dates back to the eleventh century, located on a hill overlooking the village. The structure also includes some medieval buildings, the church of San Biagio and the defensive walls with Guelph battlement. Its construction was commissioned by Matilde di Canossa, and then passed – in the thirteenth century to the Scaliger family who defeated the Mantuans in the battle of Ponte Molino. Later it was taken over by the Visconti family, and then by the Republic of Venice until the eighteenth century. 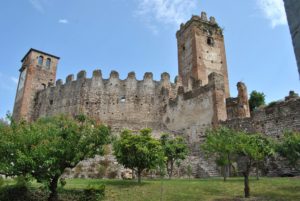 With a strategic position, the Castle of Ponti sul Mincio stands out on the hills that dominate the river Mincio. Its construction dates back to 1260, under the Veronese dominion of Mastino I della Scala. It became an important element of the Scaligeri defensive system, together with the castles of Monzambano, Valeggio, Villafranca, Custoza and Sona. The fortified complex includes a ravelin, four towers and the keep. 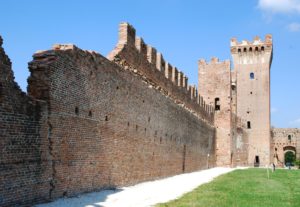 The Castle of Villimpenta, dating back to the eleventh century, is a fortified monastery, included in the property donated by Emperor Berengario I to the friars of the Convent of Saint Zeno in Verona. The structure was modified and strengthened by the Della Scala family (the “Scaligeri”) in the fourteenth century, thus becoming a bulwark of their defensive system. In 1391, the castle was bought by Francesco I Gonzaga of Mantua, who undertook further fortification works. The building, covered and defended on one side by the river Tione, preserves two towers of the original structure, the thirtyfive meter high castle keep, and the defensive walls.

The Mantua region offers the opportunity to visit many castles and also fortified villages. Next to the perfectly preserved ones, there are also the remains of ancient structures, particularly in the areas of Cerlongo, Goito, Marmirolo, Volta Mantovana, Casale, Castelbelforte, Caste d’Ario, Castglione Mantovano, Governolo ed Ostiglia.

Imperia, The city with two faces

Italian Traditions arrives today in the middle of the “Riviera dei Fiori” (Riviera of Flowers), in the Western...

5 places in Italy to gather chestnuts: here are the best!

Chestnuts are one of the most widespread fruits of the whole Italian territory. In fact, they represent a real...