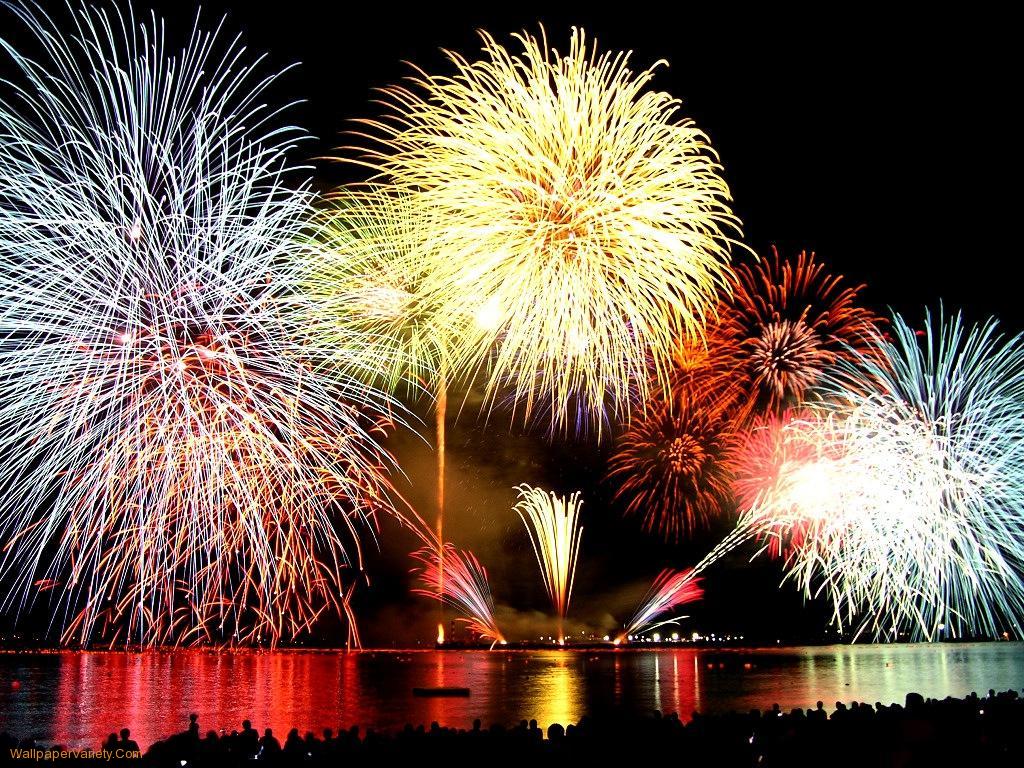 Ferragosto is a holiday of religious origin that, by consolidated tradition, has become a special occasion to celebrate with friends and relatives. Here are some suggestions on what to do at Ferragosto in Italy.

August 15th is a National holiday. The term Ferragosto derives from the Latin Feriae Augusti, the Rest of Augustus, a holiday established by Augustus, in fact, in 18 BC as a moment of rest from the difficult agricultural activities. This date was then taken on by the Catholic Church, which made it coincide with the Assumption of Mary. A date that, throughout Italy, is linked to games, palios, historical re-enactments and folkloristic activities. Traditionally, it is a time to spend at the seaside, in company or visiting some particularly attractive tourist destination.

Here, we are however suggesting some stimulating and interesting options quite alternative to the usual destinations more typical of Ferragosto.

In Siena for the Palio

August 15th is an important date for the traditional and historical Palio in Siena. On this day, in fact, the General Trial of the Palio takes place, preceded by the “Carabinieri charge on horseback”. Followed by the “ Dinner of the General Rehersal”. In all the Contrade (districts) participating in the Competition, in fact, great dinners are organized that involve not only the contradaioli (the districts inhabitants), but also guests and tourists, who get together to honor the jockeys who will take part in the Palio on August 16th. At each table there are speeches, best wishes for the Race and songs. A unique and unmissable atmosphere that allows the beautiful Tuscan town to be experienced in a special moment of the year.

Naturally, the idea is valid for all those traditional events that take place throughout the peninsula. From the Palio dell’Argentario of Porto Santo Stefano to the Giostra del Saracino in Sarteano, from the Giostra della Quintana to Acoli Piceno to the Palio dei Normanni in Piazza Armerina. 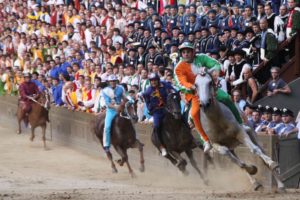 A “sea of fire” in Rimini

Along the Riviera Romagnola August coincides with “A sea of ​​fire” a night animated by 3 kilometers of bonfires and firework displays that light up the beaches of Rimini. All this takes place from 8 pm to midnight on 15th August, starting from Bagno #100 up to Bagno #150. Just choose your favorite place to spend a truly unique mid-August night.

For lovers of nature and physical activity, Trekking at Ferragosto is now a custom for many. An excellent opportunity to discover new paths and enchanting views of Italy, all to be explored on foot, perhaps taking advantage of the fresh air in the woods and mountains, far away from the great heat of the beaches. One example among many is the Via dei Giganti in Val D’Aosta, suitable for experienced trekkers, or the now classic Via Francigena, within everyone’s reach, or an evocative trekking on Mount Etna.

Art and culture in Rome

A Roman Ferragosto means to take a walk totally surrounded by art, history and culture. On the 15th of August, the capital proposes itself in all its beauty with free open museums, concerts, shows, and fireworks. 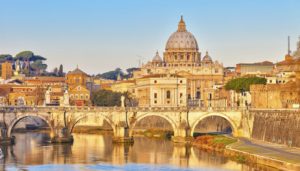 A Tour of the local fairs

Italy is the country of villages and, of course, local fairs all representing an unending historical, architectural and eno-gastronomic heritage to be discovered. Ferragosto is one of the hottest dates for the festivals held at the same time throughout Italy. To mention a few: La Sagra delle Sagre, held in Barzio, in the province of Lecco, with its great proposal of traditional products of Valvassina and Lombardy, or the festival of “Vastedda” in Gratteri, in the province of Palermo, where shrimp becomes the protagonist of a fried sweet based on flour and sugar, all accompanied by a Sicilian serenade based on mandolin and accordion. Or the Porcini Mushroom Festival of Castel Rio, a village in the province of Bologna, where these mushrooms become the undisputed protagonists of a thousand recipes.

How to make cheese? Dairy Italy

Italian proverbs and idioms: the 10 most famous!

Proverbs and sayings have always been part of the Italian linguistic culture, and are used by the overwhelming...

Would you like to relive the old traditions of the past for a few days, immersing yourself in the memories of...