When History comes to the Kitchen: Gianduiotto 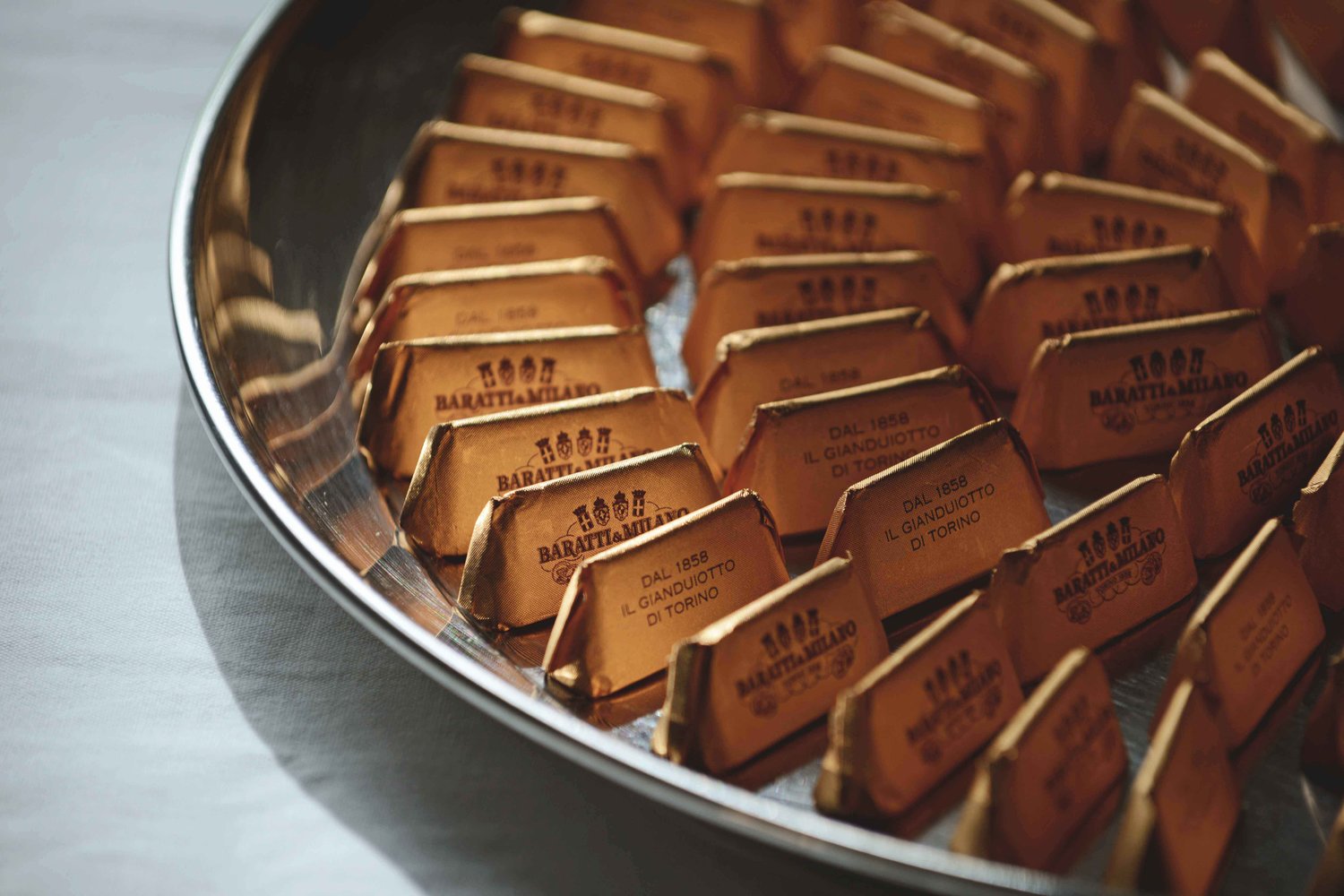 The now extremely famous and popular throughout the entire territory of the Belpaese, the gianduiotto is a kind of typical chocolate from Turin, in the shape of an inverted boat, made with gianduja chocolate and hazelnut, inimitable taste that can boast its roots in the most important parts of modern history.

It all began in early 1800s, when Napoleon decided to establish an embargo between the United Kingdom and the areas under French control, among these was the region of Piedmont, especially Turin, which could already boast a long and solid tradition of chocolatiers. However, cocoa was obviously included among the main goods imported from the New World by the British and sold in Europe. Due to its new and unique flavor, and the difficulty in finding it, there was a great demand for the product, naturally making it very expensive. The confectionery industry in Piedmont, has been running since 1559, the year in which Emanuele Filiberto of Savoy returned from the peace of Chateau Cambresis with cocoa beans, so he found himself facing a severe crisis brought on by the lack of raw material, due to the limitations imposed by Napoleon. To get an idea of the seriousness of the situation, think just that at the time in Turin, 350 pounds of chocolate were produced per day.

At that time, Paul Caffarel an entrepreneur of Waldensian origin, was the owner of a factory in the district of San Donato, where he perfected a machine that allowed him to produce the first chocolate bar: solid chocolate made with cocoa mixture, water, sugar and vanilla. In 1852, the son of Caffarel, Isidore, merged the factory with that of another important industrial confectionery sector, Michele Prochet.

Caffarel-Prochet was established to meet the chocolate demands of Turin, which was burdened by the restrictions imposed by the Napoleonic regime. The company decided to take advantage of a partnership with the nearby Alba, betting on the most famous product of the area: the Tonda Gentile hazelnut from Langhe. Prochet had the brilliant idea of placing small pieces of hazelnut in the dough, making them toast and grind, turning it into a cream, to which cocoa and sugar were then added.

Once the gianduiotto (then still called Gibo, “cigar butt” in dialect) was created, they had to think about how to publicize it and make it known. At the time, the carnival of Turin was quite renowned throughout Italy, and it was customary for the typical characters of the area, threw traditional sweets onto the crowds. Then in 1865 during the celebrations, Caffarel-Prochet decided to entrust its givo be distributed by Gianduia character, a cheerful character who took part in  the day to day city life, often involved in charity work. The sweet was associated with this fun character right away, and in a few years, this chocolate became very famous and popular, and began to be called by its present name, gianduiotti. The other great novelty introduced by Caffarel was the distribution of the chocolates products not in the usual boxes, but individually, and for the first time, wrapped in a golden paper on which the famous character was depicted. Today, the Piedmontese chocolate is produced worldwide from major chocolate industries, and is known as a  Made in Italy culinary excellence. Certainly an unintended consequence of the ‘Le petit Caporal’ (Napoleon), but of which we are undoubtedly grateful.

Soft and smooth, delicate and seductive. Give yourself a divine cuddle, a sweet trip on our IT5 of the week.
BakeryChocolateFood & BeveragePiemonteTorinoTypical products
Share

Prosecco, The Best Loved Wine of the Belpaese

Perugina Historic Museum, A Landmark to Made in Italy

Famous throughout the world, pasta alla carbonara is certainly one of the most inflated dishes of the Italian...

The Musét: in Veneto and Friuli there is a variant of cotechino